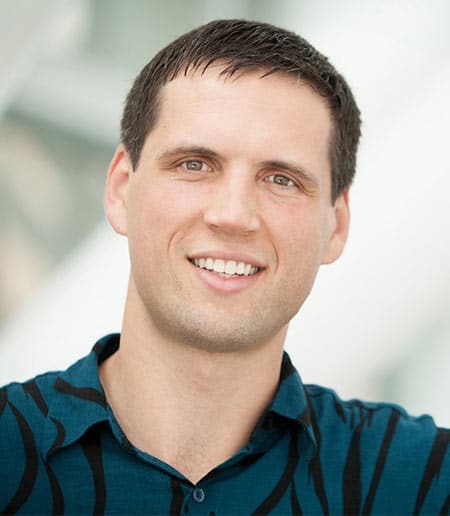 Emergent Spacetime
Recent advances in string theory and quantum gravity suggest that spacetime, and the laws of gravity that govern it, are ‘emergent’ phenomena, resulting from the collective behavior of an enormous number of unknown degrees of freedom.  This idea underlies gauge/gravity duality, which is an exact relation between quantum gravity and a lower-dimensional quantum field theory.  One goal of my research is to understand how the degrees of freedom in a quantum field theory reorganize themselves into a fluctuating spacetime, and to use gauge/gravity duality as a model for a more complete theory of quantum gravity.

Black Hole Thermodynamics
Black holes play an important role in quantum gravity because they can be viewed in two very different ways: as classical solutions of general relativity, or as quantum, statistical systems obeying the laws of the thermodynamics.  I am exploring this relationship in various contexts, including 3d gravity, semi-realistic Kerr black holes, and string theory.

The Physics of de Sitter Space
Ultimately, quantum gravity must be tested by experiment. Early universe cosmology is perhaps the most likely place for this to happen, since both gravitational and quantum effects are important.  It is possible that fundamentally new ideas are needed to understand this regime, so I am working on new approaches to inflation and the physics of de Sitter space inspired by gauge/gravity duality.