That Physics and related disciplines flourish today at Cornell is due in large measure to the vision and example of one man:  Hans Albrecht Bethe.  He has trained scores of young scientists who have gone on to make important contributions of their own and he wrote reviews of nuclear and atomic physics that became the bible of a generation of researchers.

Hans A. Bethe joined Cornell’s faculty in 1936, and his research extended across fields as diverse as the quantum theory of solids and the nuclear processes that power the sun, receiving the Nobel Prize for the latter work in 1967.

Bethe retired from Cornell after forty years on the physics faculty.  To honor and commemorate his service to Cornell, the University established an endowed Lectureship in his name in 1977.  This lectureship will bring to Cornell distinguished persons working in physics to enrich and stimulate the intellectual atmosphere of the University in the manner that Hans Bethe did throughout his career.

See below for current lecture information.  Please visit CornellCast to see videos of past lectures.

The Bethe Public Lecture scheduled for Wednesday, March 11 has been Cancelled. 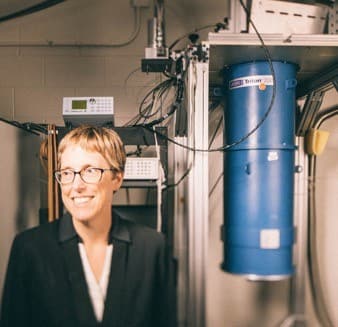