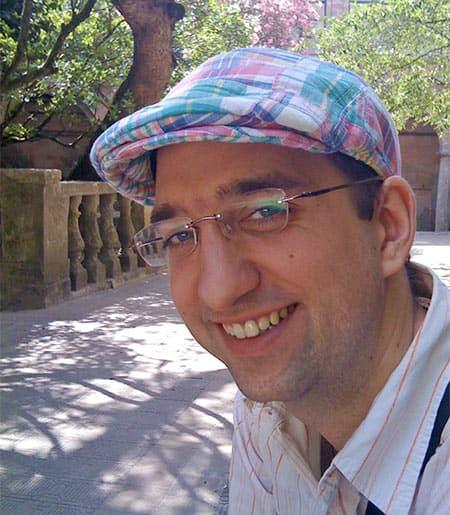 Research in my group focuses mainly on two fundamental problems in condensed matte physics. The first is on identifying how quantum spin liquids and related phases form in frustrated magnetic insulators and proposing “smoking gun” experiments for their existence. A quantum spin liquid, as proposed by Anderson in 1973, is an isotropic paramagnetic phase in which localized spins fluctuate in such a way as to be quantum entangled with both nearby and distant spin moments. Recent advances in materials synthesis have enabled the discovery of a handful of materials that indeed have fluctuating spin moments but the entanglement properties of these spins is unknown nor is the mechanism that stabilizes this phase. But understanding this is worthwhile. Should we convincingly find quantum spin liquids, it is believed they will lead us to novel high temperature superconductors following Anderson’s 1987 proposal, to applications in quantum computers and more generally to new paradigms in condensed matter physics.

The second is the problem of identifying the new collective phenomena that replaces the gas-like behavior of electrons in their strongly interacting regime and discovering how and why such strongly correlated metals are so susceptible to small changes in their external environment. Proposals for the behavior of electrons in such metals span from the nematic phase with its wildly fluctuating Fermi surface to the formation of hidden “fractional” quasi-particles to gauge-gravity dual descriptions with “local” criticality. As a means of addressing these broad issues, our research uses quantum field theory techniques to focus on electronic liquid crystal phases with a particular emphasis on quantum criticality and properties related to the break down of the quasi-particle picture.

Frustrated Quantum Mechanical Systems
The concept of frustration in the classical limit can be illustrated as follows. In the classical limit one can pretend that Heisenberg's uncertainty principle has been "turned off". Hence one can know the exact position and momentum of particles and also the precise direction of their spins.  These classical particles are then "frustrated" when they have many equal energy configurations so that Newton’s law cannot tell us what they will do next. This can happen, for example, by “geometric frustration”---when interacting classical spins are placed on certain lattices such that there are many spin configurations, each of which minimize the total energy.

A central question in the field is what happens when we turn on Heisenberg’s uncertainty principle in a classically frustrated system? The spins can no longer point in a specific direction and it turns out that the laws of quantum mechanics then help the spins decide what they want to do. Should this happen, then the spin system can actually be governed by the laws of quantum mechanics at a macroscopic scale.

Recently, experimentalists have fabricated a number of materials (Herbertsmithite, NIO, κ-BETD, diamond lattice spinels, ...) that may shed much light on the above central question. For some time now, we have had theories of quantum spin liquids based on the emergence of either fermions or bosons interacting via gluons, photons or “visons” as the new particles describing an emergent exotic phase. With these new materials, we can finally compare such theories with experiment, a comparison bound to lead to a new understanding of strongly correlated systems.

Quantum Liquid Crystals
It stands to reason that increasing the strength of interactions between particles in a gas phase will cause them to want to crystalize, to form a solid phase. If the particles are electrons, Wigner discovered in 1931 that this indeed happens. However, a  transition to a Wigner crystal phase need not happen directly, but could in principle happen through a series of intermediate phases  each progressively more crystalline. Examples of such intermediate phases include the electron “nematic” phase, which spontaneously breaks rotational symmetry, and an electron “smectic” or stripe phase, which involves the formation of an array of one-dimensional electronic “rivers”. We call these phases, “quantum liquid crystals”.

While symmetry provides a guiding principle in the theory of quantum liquid crystals, it alone cannot characterize a quantum world. As such, the general theory is fundamentally incomplete. It is very exciting, therefore, to study quantum liquid crystals found in nature, such as the nematic states found in Sr3Ru2O7 and quantum Hall systems and the stripe phases in cuprate superconductors. An interesting question, for example, is what happens at a continuous phase transition between two quantum liquid crystals? Or, can the stripes in a stripe phase slide freely next to each other? Can electrons in quantum liquid crystals pair easily to form a superconductor? At the heart of these questions is the quantum nature of these new phases, and their answers rely on the deep connection between experiment and theory achievable in condensed matter physics.