Craig Wiggers grew up in Alabama. During his 25-year career in the U.S. Marines he served in Iraq and Afghanistan. So when he moved to Ithaca as a Cornell ROTC instructor in 2012, he wasn’t quite sure what to do with snow.

“At first my wife and I spent our winters staring at the walls and waiting for spring,” said Wiggers, now director of administration at the Department of Physics in the College of Arts and Sciences (A&S).

Then his friend Dinnie Sloman, department manager in the Department of Government, who competed in Nordic biathlon – an Olympic sport that combines cross-country skiing and rifle shooting – convinced Wiggers to give it a try. After retiring from the Marines, he became immersed in the demanding sport, which requires endurance, balance and precision. Through the biathlon, he gained not only a community of fellow athletes but a new perspective on his life.

“Now I get excited and fired up at the first dusting of snow,” he said.

This year, Wiggers added “author” to his list of credentials – and told his story in an e-book, “Nordic Warrior? A Midlife Crisis in Biathlon,” which he self-published through Kindle Publishing on Amazon. The short book, which includes funny anecdotes about training, how-to tips for new biathletes and recounts how he grappled with the suicide of a family friend, has sold more than 200 copies (profits benefit the U.S. Biathlon Association).

The book has garnered positive attention from blogs, magazines and readers around the world.

“The message is: It’s not too late to try something new,” Wiggers said. “With so much going on in the world and our nation right now, it’s been really nice to be able to focus on something else.”

Wiggers competing in biathlon. The sport requires precision and endurance, he said. Provided

Though he had experience with weapons in the military, Wiggers never owned a firearm until he retired – and he certainly never tried to shoot a target with a .22-caliber rifle at 50-meter range while balancing on skis in the snow.

A supportive community has helped him adapt to the sport’s rigors, he said.

“The folks are terrific,” he said. “There are former Olympians out there racing, all the way down to people like me, who are still trying to figure out how to stand on their skis. But everybody is treated the same.”

Wiggers has been writing about the experience all along – a teacher encouraged him to begin journaling in fifth grade, and he never stopped – but began thinking last year about compiling the notes into a book. Very little has been written about biathlon, he said, and he wanted to encourage other would-be athletes.

For help, he turned to Paul McEuen, the John A. Newman Professor of Physical Science in A&S, who also is a novelist.

“He said, ‘Do you want me to be straight with you?’” Wiggers recalled. “He said, ‘Man, where are your chapters? You’ve got to organize this. You’ve got to break this up.’”

Wiggers also got help from Briel Felton, a Master of Fine Arts student in the Department of English, as well as from his mother. His wife, Betsy Wiggers, a graphic designer at the ILR School, did the book’s layout and cover.

One of the biggest challenges, Wiggers said, was writing about the loss of Gregory Eels, former director of Counseling and Psychological Services at Cornell and the father of his daughter’s best friend. Eels committed suicide in 2019.

“I wanted to include it because it’s part of life, it’s part of what we experienced,” he said. “But I also wanted to have a message of hope, in terms of ensuring that folks know that none of us are immune to depression and we need to lean on each other and support each other when we’re facing challenges.”

As a member of the New York State Biathlon Committee, Wiggers worked to ensure competing will be safe amid the COVID-19 pandemic. He’s looking forward to training and competing this winter.

“There aren’t too many people who come from Alabama to try Nordic biathlon,” he said. “I just jumped in with both feet. It has been one of those experiences that has definitely changed my life.” 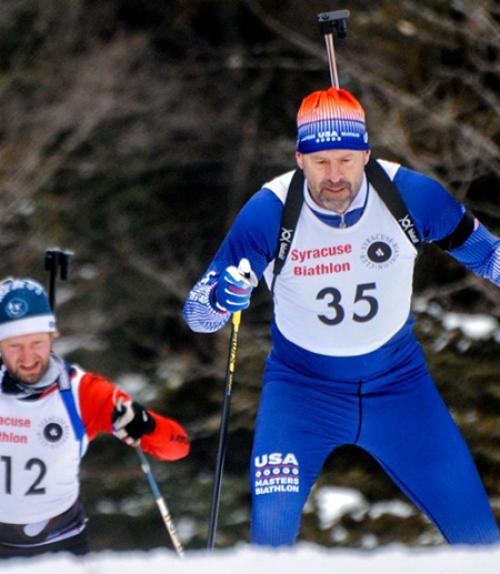 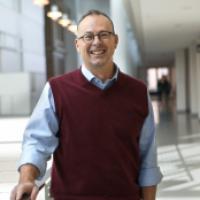 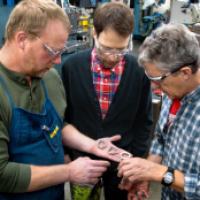