Craig Wiggers, a retired Marine lieutenant colonel with 25 years of service, is director of administration for the physics department and says he loves Cornell’s welcoming, supportive environment.

“We each may have a different title, but we are all people first,” Wiggers says. “Taking care of one another and trying to translate a lot of the leadership skills I learned as a Marine to my work at Cornell, whether here in physics or in facilities – the parallels transcend the job.”

That sense of teamwork, of helping others realize their own potential, is the common thread that runs through everything Wiggers has done, whether as Marine or civilian.

He is focused on making an impact. “The physics department runs so well, I have been able to focus attention on broader issues, such as how our department can further diversity and inclusion,” Wiggers said. “Physics as a science doesn’t have many underrepresented minorities and its percentage of women is small, and we’re trying to change that.”

Wiggers enlisted in the U.S. Marine Corps in 1990, the summer Saddam Hussein invaded Kuwait. After graduating from Auburn University, where he served in the Reserves, he was commissioned as second lieutenant and got married the next day. He did two tours of duty in Iraq and also served in Afghanistan. For his second tour in Iraq, he and a team of 18 Marines advised 800 soldiers in the Iraqi infantry, helping them become a self-sustaining fighting force.

“We gave them logistics support, air support, direct-fire support,” he said. “The first four months were dangerous, but we helped create a safe environment and could focus on building infrastructure after that – roads, schools, clinics, water treatment facilities. It was a challenging and rewarding year.”

Prior to coming to Cornell he served NATO and supported the mission in Afghanistan and worked as a defense planner for Poland, Lithuania, Latvia and Estonia between 2009-12. Wiggers' family – his wife Betsy, his son Patrick, who went to high school there, and his daughter, Marie, who was in middle school – lived in the Netherlands during this assignment with NATO.

When he and his family returned to the United States, Wiggers took a position in ROTC at Cornell as professor of naval science, 2012-15, teaching amphibious warfare and leadership and management skills.

“After retiring from the Marines, I decided with my family to stay here at Cornell,” Wiggers said. He joined Infrastructure, Properties and Planning, managing trades and Student and Campus Life housing before landing his current position in physics.

“The teamwork, the collaboration that’s required in science labs – scheduling courses, making sure our students are taken care of and the classrooms have all the equipment and resources they need – these are all skills needed in the military as well as in my current job,” Wiggers said. “There are so many different ways a person can make an impact here.”

He emphasizes staff development in his own unit. One of his direct reports is taking a professional business writing course; another will be cross-training with a business center and will shadow the finance representative in the College of Human Ecology. Once a quarter, he and his executive assistant make breakfast for the unit, and they celebrate staff birthdays each month. Wiggers has worked to improve networking across its units by holding outings on campus, followed by a meal together.

His ultimate goal: “I want every one of us – our faculty, staff and students – to feel safe and respected, to feel that Cornell is a place that welcomes different perspectives and cultures. I want everyone in this department to feel that they have a place in physics.”

This story originally appeared in Pawprint. 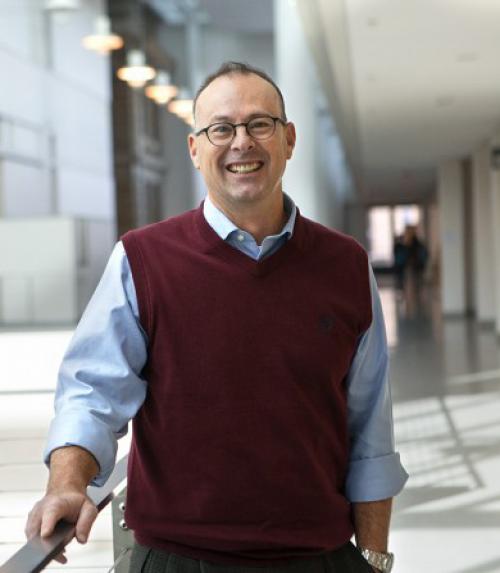