A robust body of research examines and addresses gender discrepancies in many fields, but physics is not one of them, Cornell researchers have found.

Men are overrepresented not only in number but in high-ranking positions within the physics community, according to a new study published May 26 in the journal Physics Education Research. A research team led by Katherine Quinn, Ph.D. ’19, and Natasha Holmes, the Ann S. Bowers Assistant Professor of Physics in the College of Arts and Sciences, examined gender roles in undergraduate physics lab classes as a step toward removing systematic gender biases in the field.

“Students working in inquiry-based labs assumed different roles within their groups,” the researchers wrote. “However, men and women systematically took on different roles and men behaved differently when in single- versus mixed-gender groups.”

Because gendered division of roles can emerge without active intervention, the researchers concluded, these results highlight the importance of structuring equitable group dynamics in educational settings.

“Instructors … must not only remove explicitly biased aspects of curricula, but also take active steps to ensure that potentially discriminatory aspects are not inadvertently reinforced,” they said.

Quinn, a theoretical physicist and postdoctoral fellow at the Princeton Center for Physics and Biological Function, specializes in an area of math called information geometry. She creates complex nonlinear models that describe physical phenomena, using information geometry to extract features.
For this study, conducted while she was at Cornell, Quinn used informational geometry to analyze the behavior of undergraduate students enrolled in an honors-level mechanics course of a calculus-based physics sequence, a course designed for physics majors.

During the course of several lab periods, researchers assigned codes to each student at five-minute intervals, determined by what the students were handling: lab desktop computer, personal laptop computer, paper or equipment. A broad “other” category was added to ensure that all time was coded for each student.

The researchers then examined the data for patterns in behavior, especially differences based on gender.

The patterns that emerged challenged the researchers’ assumptions. As they expected, men handled equipment more, while women handled laptops more. What surprised the researchers was the fact that gender-based differences were happening in the inquiry-based labs.

“It occurred to us that this removing of structure was having an unintended effect,” Quinn said.

The evidence indicates that inquiry-based labs promote student agency, the researchers said, but they suggest that gender-based social structures can be removed by redesigning lab processes.

Holmes, who specializes in physics education research, has received a National Science Foundation grant to continue this line of research, which aims to make the whole physics community more equitable for students, instructors and researchers.

“This isn’t an abstract concept being applied to other people,” Quinn said. “This is about us.”

The study was funded in part by a grant from the President’s Council of Cornell Women. 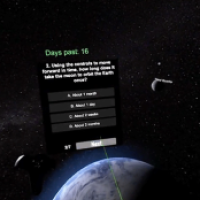