Picture yourself in a virtual reality simulator, atop the spinning Earth, the moon and all its phases just beyond, the stars surrounding you in glorious 3D. In this simulation, you have no body; there’s nothing between you and the universe but light saber-like controls shining in front of you – and a set of quiz questions.

The simulation, “Learning Moon Phases in Virtual Reality,” is part of a multi-phase research study to determine whether the compelling, immersive nature of virtual reality (VR) provides a better learning outcome than conventional hands-on activities. The study – which found no significant difference among hands-on, computer simulation or VR learning – is one of the first to look at the impacts of VR on learning.

“We’ve seen a lot of technology fads in education,” said senior author Natasha Holmes, the Ann S. Bowers Assistant Professor in the College of Arts & Sciences, in physics. “And while technology can be very powerful in the classroom, as a discipline-based education researcher, it’s my job to do the controlled studies with real students to understand how, when and why these tools impact students.”

“It’s important to understand how the novelty of the technology affects how people use it,” said co-author Andrea Stevenson Won, assistant professor of communication and director of the Virtual Embodiment Lab. “Can the enthusiasm people feel for VR be turned into learning gains?”

The researchers randomly assigned Cornell undergraduates to one of three methods: hands-on, computer simulation or VR. The instructions and quiz questions were as closely matched to each other as possible, with the activities modeled on common astronomy tutorials.

The traditional hands-on activity had three components – a light to mimic the sun, a short stick with a ball on top to represent the moon and the student serving as the Earth holding the stick. Participants kept the ball at arm’s length and spun in a circle to create an illumination pattern that mimics the moon’s phases.

The VR and desktop activities – designed by a team of graduate and undergraduate students in communication, computer science and astronomy – included accurate star maps and relative motions of the celestial bodies.

In the desktop computer simulation, participants could manipulate their viewing position and planar perspective as well as the progression of time, which was synchronized with the three bodies’ orbits and rotation.

The VR option was similar to the computer simulation, allowing participants to move forward and backward in time, change the moon’s orbit and choose different viewing positions.

Some of the questions required rote memorization and some required building mental models and making predictions, so the researchers could look at different kinds of learning. But despite the radical differences between the three teaching methods, pre- and post-assessments revealed that students learned equally well with all three.

“The similarity in learning outcome is particularly interesting, given that the VR participants had to learn how to use new technology at the same time they were learning the moon phases,” said lead author Jack Madden, doctoral candidate in the field of astronomy. “What would the outcome have been if they’d already been familiar with using VR to learn?”

But while learning outcomes might have been similar, participants’ attitudes toward the methods were not. After completing their activity, each participant was shown the other two methods. The VR activity was preferred by 78 percent of the participants; one person described it as “the coolest thing I’ve ever seen.”

Those who did not prefer VR cited feeling “uncomfortable with the overwhelming sensory input.” For some, feeling like being in space was so exciting that it distracted from their learning.

The paper, “Virtual Reality as a Teaching Tool for Moon Phases and Beyond,” was presented at the 2018 Physics Education Research Conference and published in the peer-reviewed 2018 Physics Education Research Conference Proceedings. Additional contributing authors were Jonathon Schuldt, associate professor of communication in the College of Agriculture and Life Sciences; graduate students Byungdoo Kim, Swati Pandita and Yilu Sun; and T.J. Stone ‘19.

“The next iteration will study the effects of avatar embodiment on learning outcomes,” Pandita said. “Several participants mentioned feeling nervous because they didn’t have a body and remarked, ‘There’s no space suit so how can I breathe?’ The lack of a virtual body may have affected their willingness to explore the environment freely. We want to see if people will feel more encouraged to move around and engage more with the environment if they have an avatar.”

The study was conducted in the Virtual Embodiment Lab, in Mann Library. The research is a collaboration with the Department of Physics and received support from Oculus Education.

This article orginially appeared in the Cornell Chronicle. 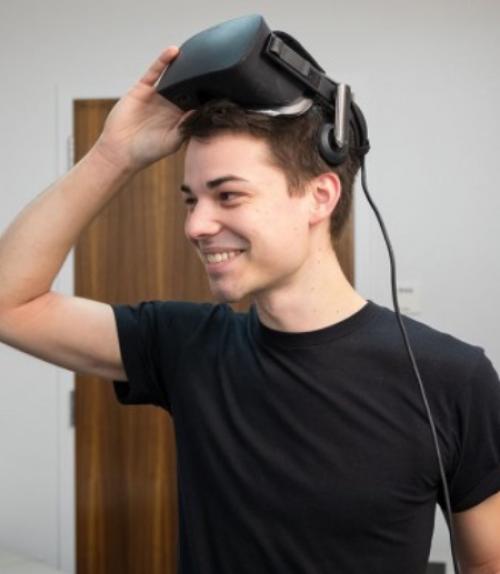 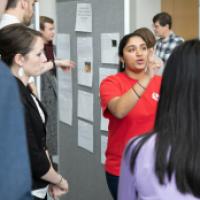 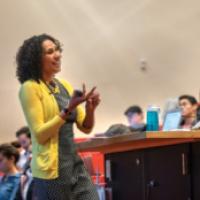