Ze-Wen Koh ’23 is one of three winners of the SETI Forward Award, given to undergraduates to support their work focused on the search for life beyond Earth.

Koh, a physics and computer science major in the College of Arts and Sciences, is interested in dynamic habitability, the evolving structure of planetary surfaces, atmospheres and interiors, and their resulting viability as hosts for life. After graduation, she plans to pursue a doctoral degree in planetary science.

“Growing up, I always loved space but lacked the resources to explore or further that interest, so it was difficult initially in college to feel like I really belonged in the field,” she said. “In a way, the SETI award has helped affirm to me that I do valuable science and that I do belong.”

Koh published a paper this fall in The Planetary Science Journal related to her research last year on Jupiter’s Europa moon with Jonathan Lunine, the David C. Duncan Professor in the Physical Science in the astronomy department (A&S).

“The main idea driving our work is that Europa's seafloor topography could reveal a lot of information about Europa's geologic activity and its capability to host life, and hence is of special interest to determine,” Koh said. “I created a suite of models to test the gravity signature that will be collected by the upcoming Europa Clipper mission, varying parameters like possible topographies, lithospheric thicknesses, spacecraft altitudes, and the effect of a gypsum layer on the seafloor.”

Their work indicated that the mission could detect signs of geologic activity at Europa's seafloor, which would establish Europa as one of the best candidates in this star system for the search for life.

“We are indeed privileged at Cornell to have excellent students from the undergraduate level on up,” Lunine said.

Last summer, Koh interned with NASA’s Goddard Space Flight Centre, surveying magnetic field and plasma data from the Mars Atmosphere and Volatile Evolution (MAVEN) satellite orbiting Mars. She continues that work this year. Koh has also done research with Philip Nicholson, professor of astronomy (A&S), studying nonlinear bending waves in Saturn's rings. She presented this work in October as a talk at the Division for Planetary Sciences Meeting in London, Ontario, and NASA has recently announced its intention to fund continued research in this area at Cornell, Nicholson said.

The SETI Forward award was launched in 2018 to provide scholarship funds to support undergraduate students interested in pursuing careers in SETI (the search for extraterrestrial intelligence) and astrobiology.

"The 2022 SETI Forward applications were the most diverse and qualified applicants we've ever had representing nations and institutions from around the globe," said Lew Levy, founder and chair of the SETI Forward committee, long-time SETI Institute supporter and member of its Council of Advisors.

Koh said she hopes to use the funding to share her work at future conferences.

"I think the question that drives SETI’s work is one innate to the human species – seeking to prove that we are not alone in the universe,” she said. “It's very interdisciplinary work, and I think it's ultimately a story of a collaborative effort between the world’s experts in a vast range of fields, each driven by the same fundamental question.” 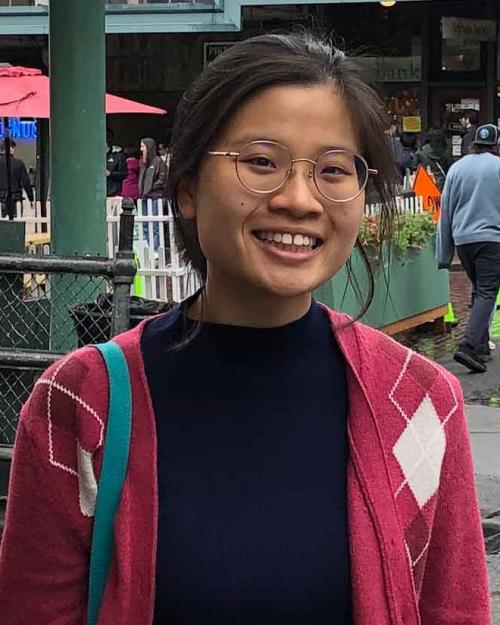