Sarah Marie Bruno: 'Get involved in research and don't be afraid to try different things'

What is your main Cornell extracurricular activity -- why is it important to you?

I found my niche in the Cornell University Chorus, the all-female choral ensemble on campus. As someone who always had a passion for music, the Chorus gave me the opportunity to continue to grow as a musician and vocalist in the company of about 60 other women who share this passion. In addition to providing such fantastic musical and intellectual stimulation, the Chorus has also allowed me to form strong friendships with people I may not have met otherwise. Like me, most of the Chorus members are not music majors – we come from all different majors, from all five main colleges and schools within Cornell, and our members include both undergraduate and graduate students. Outside of regular rehearsals, we get together to sing songs and relax. We study together in our “home away from the dorms” – the basement of Sage Chapel, the stunningly beautiful building in which we rehearse and perform. We meet up with our male counterpart, the Glee Club, every Wednesday evening after rehearsal to sing Cornell’s “Evening Song” in a circle in Ho Plaza just as the sun is setting.

Being part of the Chorus has also fueled my Cornell pride, in that both the Chorus and the Glee Club participate in many major university functions, including the annual New Student Convocation, Homecoming, and, last year, the Grove Dedication as part of Cornell’s Sesquicentennial celebration. The Chorus even had the opportunity to sing Cornell Songs and the Alma Mater for President Elizabeth Garrett during the ceremony in which her appointment was formally announced last year. We also serve as ambassadors for Cornell when we perform across the country on our spring tour, and this year, when we toured internationally in Mexico and Guatemala. In Fall 2014, we performed with the Oxford Schola Cantorum when they visited Cornell, and we sang at Carnegie Hall in Spring 2015!

What, if any, research projects did you participate in at Cornell?

I had the opportunity to work in two very distinct areas of physics – biophysics and cosmology/astrophysics. During my sophomore year, I worked in Professor Carl Franck's biophysics lab, studying the communication networks and collective behavior of the social ameoba, dictyostelium discoideum. This was an exciting research experience that demonstrated to me how fundamental physics concepts can be used to develop models to predict the behavior of any type of system, even a complex biological one.

The summer afterward, I stayed on campus and began research with Professor Michael Niemack in observational cosmology. We use the Atacama Cosmology Telescope Polarimeter (ACTPol) located in northern Chile, which measures fluctuations in both the magnitude and polarization of the Cosmic Microwave Background (CMB), the remnant of the thermal radiation present at the time of the Big Bang. Highly precise CMB polarization measurements may allow us to probe inflation, neutrinos, galaxy clusters, the curvature of the universe and dark energy in the early universe. In particular, polarization measurements may enable detection of primordial gravitational waves, ripples in the curvature of space-time that were generated by cosmic inflation. Until the recent LIGO results, gravitational waves were only a prediction of General Relativity, but now we know for sure that they exist, and we should be able to see their signature in the CMB!

Members of the group are involved in detector development, optics design and analysis. My work has primarily focused on simulating and analyzing the performance of telescope optics designs in order to improve the accuracy of the CMB polarization measurements. We found that refractive optics rotate the polarization of incoming light from its initial state, introducing errors into CMB polarization measurements. I developed a Python model to simulate an optical path and investigate the cause of this rotation so that the systematic distortions can be removed. I have since worked on designs for an optics test bed containing a small-scale version of the ACT optics system. We plan to use this test bed to asses the performance of lens designs in lieu of testing them onsite in Chile.

How did any of your beliefs or interests change during your time at Cornell?

I became interested in science outreach and science policy while at Cornell, and I learned that I can use my dual passion for writing and physics in this type of work. I enjoy writing about physics and teaching physics to others. While I anticipate a lifelong career in scientific research, I am equally committed to promoting societal awareness of scientific progress as well as furthering responsible science policy measures.

If you were to offer advice to an incoming first year student, what would you say?

My advice to younger students is absolutely to get involved in research and to not be afraid to try different things and even work with multiple research groups (although probably not at the same time...). In research, you have the opportunity to get involved in real academic work rather than simply reproducing a problem solution that has a clear answer, as in homework sets. For the first time, you are trying to answer a question to which no one yet knows the answer! This is exciting. While progress can sometimes be slow, there is an incredible sense of accomplishment once you arrive at the answer to a question you have been puzzling over for months! For me, research has been the highlight of my experience as a physics major at Cornell. It challenges me to learn independently and to immediately apply that knowledge to work in the lab.

More broadly, I would encourage an incoming first year student to be open-minded to different subjects. Take advantage of the liberal arts education and use the distribution requirements to learn about subjects to which you may not have had any previous exposure. You might be surprised to learn about a subject you love that you didn't even know existed before coming to Cornell! 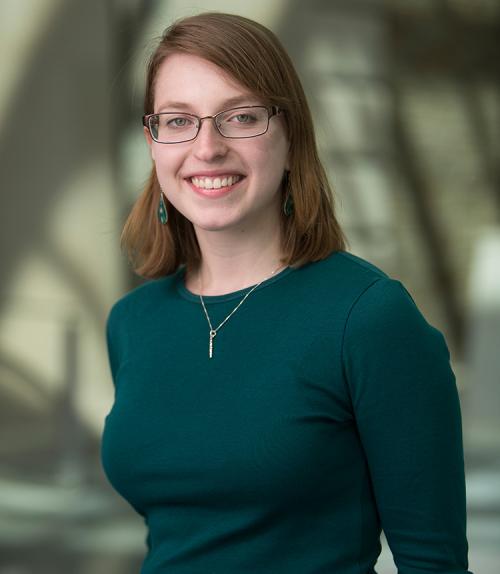