"Research instilled in me a passion for science and exploration."

Why did you choose Cornell?
I choose Cornell because of its exceptional physics and geology programs, diverse student body and academic programs, and its world class planetary science research groups.  After growing up in the midwest, Ithaca'a local geology and natural preserves were also very appealing!

What is your main Cornell extracurricular activity -- why is it important to you?
I have been involved in various planetary science programs at Cornell.  My freshman year I was a science team member for the Cornell Mars Rover project team, where I was responsible for geologic sample selection and analysis at the 2012 University Rover Challenge in Hanksville, Utah.  Since my sophomore year, I have conducted research in Alex Hayes' lab in the Astronomy Department, where I study the polar lake district of Saturn's moon Titan using the RADAR instrument aboard the Cassini spacecraft.

What was your most profound turning point while at Cornell?
Beginning my undergraduate research project in the Astronomy department was one of the largest turning points for me during my time at Cornell.  My involvement in research has given me first-hand exposure to the process of active scientific research, resulted in incredible research experiences and career opportunities, and instilled in me a passion for science and exploration.

What, if any, Cornell-related scholarships/special financial benefits did you receive?
I received the 2014 Michael W. Mitchell Prize from the Earth and Atmospheric Sciences department.

What accomplishments/activities are you most proud of while at Cornell?
I am most proud of my research accomplishments over these last four years.  I have been lucky enough to present my research findings at the Lunar and Planetary Science Conference (LPSC) these last two years, and I was able to conduct research at NASA's Jet Propulsion Laboratory (JPL) during a summer internship in between my junior and senior year.  All of these opportunities were made possible by my incredible research advisors, academic advisors, and research group.

What, if any, research projects did you participate in at Cornell?
Since my sophomore year, I have conducted research on Titan's polar lake region in Alex Hayes' lab.  Titan is a unique object in the solar system, as it is the only other body in the solar system known to currently have stable liquid bodies on its surface.  Titan's north and south pole are dotted with lakes and seas of liquid methane, ethane, and trace amounts of higher order hydrocarbons, making Titan both a potential candidate for supporting extraterrestrial life, and a natural laboratory for studying many of the same geologic features and processes that we observe on Earth.  I am particularly interested in Titan's empty lakes— filled lakes that do not contain any liquid within their basins.  I use the RADAR instrument on-board the Cassini spacecraft to quantitatively analyze these features, better understand their physical properties, and contextualize their role in Titan's global hydrologic system.

What Cornell memory do you treasure the most?
The entire experience, more than any single event.

Who or what influenced your Cornell education the most? How or why?
Alex Hayes has been an incredibly dedicated research mentor, teacher, and inspiration. He has provided me with academic experiences and research opportunities that I had never imagined would be possible before I came to Cornell.  Matt Pritchard has been an invaluable academic advisor, an engaging and inspiring professor, and a constant source of excellent advice.  Rick Allmendinger has a unique passion for science, education, and his students; he fostered my interest in geology and is one of my personal role models. My family has been, and continues to be, my biggest source of inspiration and support.  My parents, twin sister, and family members in the States, as well as my Yiayia, Pappou, cousins, aunts, and uncles in Cyprus have always supported me to the fullest.  Without them, my Cornell education would not have been possible.

What are your plans for next year; where do you see yourself in 10 years?
I will be starting my PhD at Stanford University in the Geophysics department.  I plan on using earth-based satellites to study dynamic hydrologic systems on Earth, and quantify how these systems evolve in time as a response to global climate change and anthropogenic influences.  I hope to focus my research on monitoring groundwater aquifers, lakes, and rivers in drought-ridden regions in California and around the world.  I hope to remain in academia or research; I am also very interested in robotic exploration of the solar system, and exploring how geophysical remote sensing research can be better used as a tool for informing local and international water resources and climate change policy. 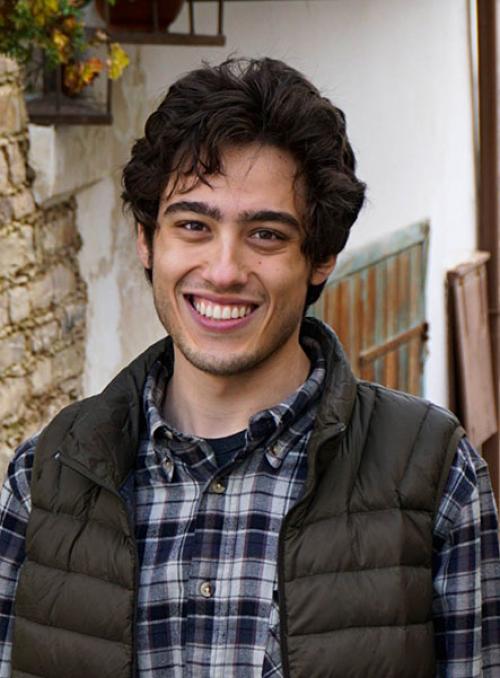