One day while in graduate school at Cornell, physicist Eve Vavagiakis '14, M.S. '17, Ph.D. '21 came home from her particle physics class with neutrinos on the brain. Captivated by the quirks of these mysterious particles and excited to be learning the science behind them, she jotted down a rhyme: “I’m a neutrino, and I am so small, that matter to me barely matters at all.”

The rest of the poem came to her easily. Soon she had a few dozen lines capturing a puzzle that particle physicists are still working on, in a friendly voice simple enough for a child. She published her poem March 22 as “I’m a Neutrino: Tiny Particles in a Big Universe,” a picture book introducing children (and adults) to neutrinos, tiny particles that have an outsized effect on the universe.

Neutrinos are so small that about a billion billion billion billion (that’s 1 with 36 zeros after it) of them make up the weight of a lemon, yet they appeared in the universe just after the Big Bang 13.8 billion years ago. There’s still a lot physicists don’t understand about neutrinos.

“Although I am small, and secretive, too, I matter to the universe, and I matter to you,” Vavagiakis wrote in the voice of the neutrinos.

As a postdoctoral associate at the Cornell Laboratory for Accelerator-Based Sciences and Education – and soon to be a National Science Foundation Astronomy and Astrophysics Postdoctoral Fellow – Vavagiakis does research that mirrors the concepts in her book. She is leading the development of Mod-Cam, a first light instrument for the Fred Young Submillimeter Telescope. She designed the instrument as a doctoral student to take pictures of the cosmic microwave background (CMB) and sub-millimeter sky. Researchers use the CMB – the oldest light in the universe – to learn about neutrinos. Vavagiakis’ instrument will contribute to CCAT-Prime observatory projects aimed at expanding our understanding of neutrinos.

Vavagiakis’s scientific understanding is reflected in her picture book’s illustrations, which were drawn by her mother, Ilze Lemesis, a professional artist.

“We worked closely to hone each illustration to match each stanza of the poem,” Vavagiakis said. “We either depicted relevant experiments, like the Atacama Cosmology Telescope, or came up with other ways to illustrate phenomena, like neutrinos changing flavor as they travel being depicted as dancing neutrinos changing color as they fly across the page.”

Vavagiakis loves the fact that such tiny particles have such a big effect on the cosmos. She is also determined to make other concepts of cosmology accessible to curious kids. She’s writing a second book in what will become a series, “I’m a Black Hole.”

“I am excited by the idea that I can convey modern research topics like those in particle physics and cosmology and illustrate modern research experiments for children,” she said. “We're opening the field to the next generation of bright minds that may revolutionize our understanding of the universe. I love that I will have no way to ever truly know the real impact of a book like ‘I'm a Neutrino’ on our world, and that it could be huge.” 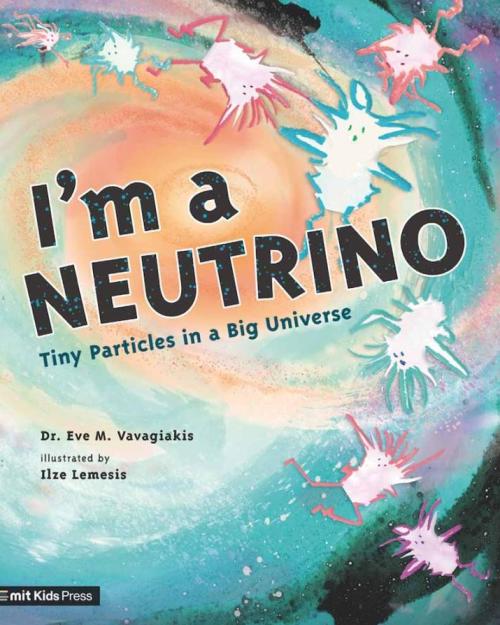 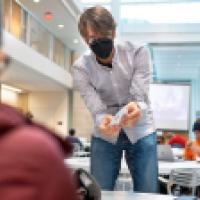 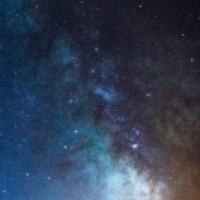