Physicist Kurt Gottfried, Cornell professor emeritus, author of a classic text on quantum mechanics and co-founder of the Union of Concerned Scientists (UCS), died Aug. 25 at the age of 93.

“Professor Kurt Gottfried was a great physicist and a wonderful human being,” said Tung-Mow Yan, Cornell professor emeritus in physics, who co-authored a second edition of the textbook with Gottfried. “He was warm, humorous and humble.”

Gottfried was born in Vienna, Austria, and fled that country when he was 9 years old after his family’s home was raided during the Holocaust on Kristallnacht, eventually immigrating to Montreal, Canada. He earned a bachelor’s degree in engineering physics at McGill University in 1951 and a doctorate in theoretical physics at the Massachusetts Institute of Technology in 1955. After spending four years as an assistant professor at Harvard University, Gottfried came to Cornell as an associate professor in 1964 and was promoted to full professor in 1968. He retired in 1998.

N. David Mermin, the Horace White Professor of Physics Emeritus, was a graduate student at Harvard during Gottfried’s time there.

“The physics department kept graduate students in a cluster of underground offices in the basement and Kurt was the only faculty member ever to visit those depths,” Mermin said. “He did so repeatedly, talking to each of us about our own research, whether or not it was in theoretical particle physics, his own specialty. He is remembered for this with warmth and affection.”

Mermin was delighted when Gottfried came to Cornell the same year that Mermin was offered an assistant professor position here.

“He was the same Kurt I had known in graduate school, treating all students with exceptional respect, and working hard to bridge the growing gap between physicists in particle and solid-state physics,” Mermin said. “We became close friends.”

Yan remembers many of Gottfried’s caring acts – from something as simple as securing a convenient parking space for renowned Cornell physicist Hans Bethe, who still visited campus often after his retirement, all the way to turning down for himself a chaired position in the department, saying others were more deserving.

In 1969, acting on his concerns about the growing militarization of scientific research during the Vietnam War, Gottfried co-founded UCS. He served on the organization’s board since its start and 10 years as its chair.

“Kurt clearly felt that scientists were obligated to participate in efforts to help shape public policy at the interface between science and society,” said Peter Lepage, the James S. Tisch Distinguished University Professor Emeritus in physics. “He showed us all how this could be done effectively with his extensive work, over more than four decades, on such topics as nuclear arms control, international human rights, climate change and scientific integrity in policy making.”

In addition to his work with UCS, Gottfried supported scientists in the former Soviet Union and South America who faced punishment for speaking out against their governments.

“When the dissident Soviet physicist Yuri Orlov was sent to the gulag in the early 1970s, Kurt immediately arranged for him to be offered a position at Cornell,” Mermin said. “Many years later, in the age of Gorbachev, when Yuri was unexpectedly released, Kurt managed to find the funding for the faculty position at Cornell that Yuri filled (with distinction) for the rest of his life.”

Lepage interviewed Gottfried in 2017 as part of an oral history project organized by the Dean of the Faculty’s office. During that interview, Gottfried talked about his appreciation for the support he received at Cornell.

“I was doing a fair number of things beyond the boundary of what you might expect a faculty member to do, maybe spending too much of my time on what some might not say are related, at least at first sight, to what should be an academic career,” Gottfried said. “But Cornell has been a receptive and supportive institution in this, which should not be taken for granted. It’s not typical.”

Gottfried also served on the senior staff of the European Center for Nuclear Research (CERN) in Geneva, as a former chair of the Division of Particles and Fields of the American Physical Society and as a member of the American Academy of Arts and Sciences, and the Council on Foreign Relations. In 1992, Gottfried won the Leo Szilard Award from the American Physical Society for outstanding accomplishments by physicists in promoting the use of physics for the benefit of society and he received the Scientific Freedom and Responsibility Award from AAAS in 2016.

Gottfried was predeceased by his wife Sorel, and is survived by his children, David and Laura, his sister Ilse Matalon and four grandchildren. Donations in Gottfried’s name can be made to The Union of Concerned Scientists (https://www.ucsusa.org/). 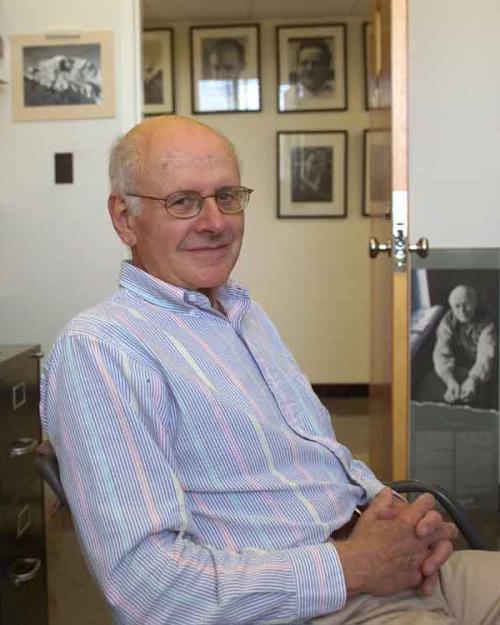