The National Science Foundation has selected the Cornell NanoScale Science and Technology Facility (CNF) to be part of the newly established National Nanotechnology Coordinated Infrastructure (NNCI). Cornell will receive $8 million from the federal agency over five years.

Additionally, the Empire State Development Corp., New York state’s economic development arm, has committed to matching the federal funds up to $3 million over a five-year period, for a total of $11 million for the program.

“This grant provides the long-term infrastructure support that is needed to promote ambitious research,” said Dan Ralph, professor of physics and the Lester B. Knight Director of CNF. “We welcome scientists and engineers from throughout the U.S. to explore how CNF’s unique set of state-of-the-art tools, staff expertise and our user service can accelerate their research and help them to commercialize their results.”

CNF will join 15 other leading nanotechnology facilities around the country to form the new network. The awards follow a competitive grant process to select shared facilities that will succeed the National Nanotechnology Infrastructure Network, which ended Sept. 1 after 12 years.

“For nearly four decades, research at the CNF has had a strong interdisciplinary emphasis, as more than 700 users annually fabricate, synthesize, compute, characterize and integrate the center’s resources for the future,” said Robert Buhrman, senior vice provost for research; vice president for technology transfer, intellectual property and research policy; and the John Edson Sweet Professor of Engineering in the School of Applied and Engineering Physics. “The center supports critical, cutting-edge nanotechnology research, and this new network will ensure that technological advances move forward deep into the millennium.”

Lawrence Goldberg, senior engineering adviser at the National Science Foundation, said, “As a site of the new NNCI, the Cornell NanoScale Science and Technology Facility will continue its outstanding service as an open user facility for the nation’s nanotechnology researchers.”

Housed in Duffield Hall, CNF’s technology resources encompass more than 125 advanced instruments and services that include nanolithography, materials deposition and etching, along with special facilities for soft materials used for biomedical technology.

The CNF hosts hundreds of research projects each year. Recently, Cornell researchers demonstrated a semiconducting compound with properties that could prove a worthy companion to silicon. The material could form the basis for a near-perfect, atomically thin transistor, which in principle would allow electronics to dissipate no heat. Also, Cornell researchers have developed a new way to precisely measure the extremely subtle movement of heat in nanostructures.

Further, Cornell physicists – using the CNF – shrunk the technology of an optical trap, which uses light to suspend and manipulate molecules like DNA and proteins, onto a single chip. And instead of just one molecule at a time, the new device potentially can trap hundreds of molecules at once, reducing monthlong experiments to days.

Under NNCI, hundreds of engineers and scientists nationwide, from academia, industry and government, will obtain rapid, affordable, hands-on access to advanced nanofabrication tools and staff expertise that’s often too expensive for universities or small companies to operate and maintain.

NNCI also will be a major contributor to nanotechnology education at the professional, collegiate and K-12 levels. The CNF will initiate a new partnership program with 4-H, which Cornell Cooperative Extension manages in New York state. 4-H offers programs in science enrichment, health and STEM activities, and CNF will develop a large library of outreach activities and new curriculum materials to be distributed throughout New York state and national channels of 4-H.

This article also appeared in The Cornell Chronicle. 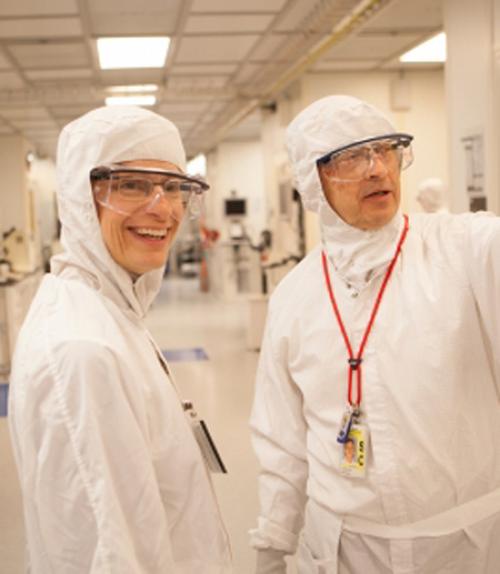