Celebration marks prototype accelerator getting up to speed

Construction is complete and the first major test was a success, so a celebration was in order to mark these accomplishments of the Cornell-Brookhaven ERL Test Accelerator facility, known as CBETA. In time, it is expected to become the most energy-efficient, high-performance accelerator ever built.

Housed at the Wilson Synchrotron Lab, this prototype particle accelerator is an energy recovery linac (ERL), in which the energy of electron beams accelerated by superconducting radio frequency units is captured, then reused to accelerate the next beam of particles. “Linac” is short for “linear accelerator.”

This type of energy recovery – first proposed in 1965 by Cornell physicist Maury Tigner, who attended the celebration – can be crucial for large particle accelerators, which require hundreds of megawatts to operate. CBETA’s energy efficiency is further enhanced by the use of permanent magnets rather than power consuming electro-magnets, to steer the beams. A key test in June showed that CBETA can recoup nearly 99.8% of the energy of its beams.

Ritchie Patterson, director of the Cornell Laboratory for Accelerator-based ScienceS and Education, described CBETA as a new paradigm for energy-efficient particle accelerators, one that has gradually taken shape over the last five years as the team members designed, built and installed its many components.

“The human body relies on all sorts of systems in order to survive: the circulatory system, the nervous system, the muscular system,” she said. “So do particle accelerators.”

Once fully commissioned, CBETA will be the world’s first multi-turn superconducting ERL and the most energy-efficient, high-performance accelerator ever built.

Particle accelerators have a variety of applications, from material and biological sciences to nuclear particle physics. One potential medical application is the production of nuclear isotopes that can be injected into a person’s bloodstream to image features of the body, according to Georg Hoffstaetter, professor of physics and CBETA’s principal investigator at Cornell.

“We are really only at the beginning of knowing what this technology will do for us in the future,” Hoffstaetter said.

Hoffstaetter noted that CBETA has been a labor of love for the combined team, including the BNL physicists together with the Cornell scientists who operate and run tests past midnight, and the construction crews who work on the weekends – all to ensure the quality and precision of the technology. The project was also made possible by the efforts of vendors and support from industry partners in New York and across the U.S.

CBETA is the result of a collaboration between Cornell and the U.S. Department of Energy’s Brookhaven National Laboratory on Long Island. BNL received $25 million from NYSERDA for the CBETA project, and the successful partnership between the labs completed installation.

Cornell’s accelerator group was well prepared for the start of this collaboration in 2016, as it had pursued ERL R&D with funding from the NSF and from industry of an additional $55 million since 2005, culminating in the recent success of the completed CBETA construction through NYSERDA’s support of BNL.

The project is benefiting from international support, as well. So far, eight laboratories on three continents have sent experts to assist in construction and commissioning, Hoffstaetter said.

Thomas Roser, chair of the Collider Accelerator Department at BNL, who oversees BNL’s interests in CBETA, spoke at the celebration, pointing out the important role of CBETA for the future of the world’s largest accelerators.

“It’s a special opportunity for us to be a partner on such pioneering, groundbreaking, international, global-leading work,” Barton said. “This is a very powerful example of what we are trying to do here in New York state. Our mission, day to day, is really not so much focused on particle acceleration … but we are focused on helping solve the threats that we see from global climate change and to help accelerate the transition to a cleaner energy system.”

Those challenges require extraordinary partnerships like CBETA, she said.

“Seeing this work in action and being on the front lines of scientific and technological innovation and witnessing the pioneering spirit and obvious hard work and late nights that the team has put in, in order to lead to these accomplishments is so, so extraordinary,” Barton said. “NYSERDA is very proud to partner with all of you.”

The prototype accelerator is the kind of big, visionary project that requires the commitment and partnership of many, said Emmanuel Giannelis, vice provost for research and vice president for technology transfer, intellectual property and research policy.

“CBETA exemplifies what I believe is one of the strengths of Cornell University,” said Giannelis, also the Walter Read Professor of Engineering, “which is to work across disciplines, to work across departments, and of course, to work across institutions to bring such complex projects to fruition.” 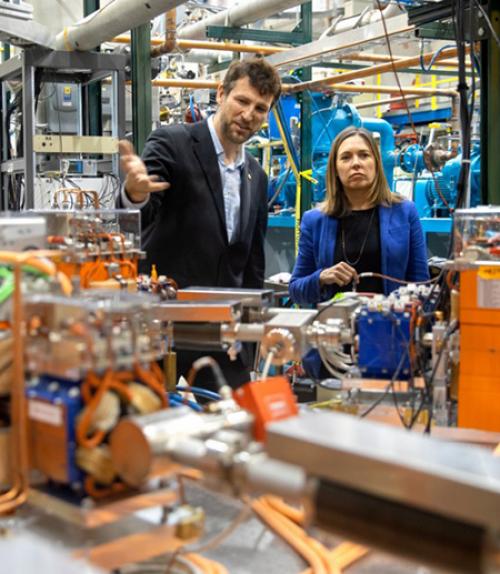 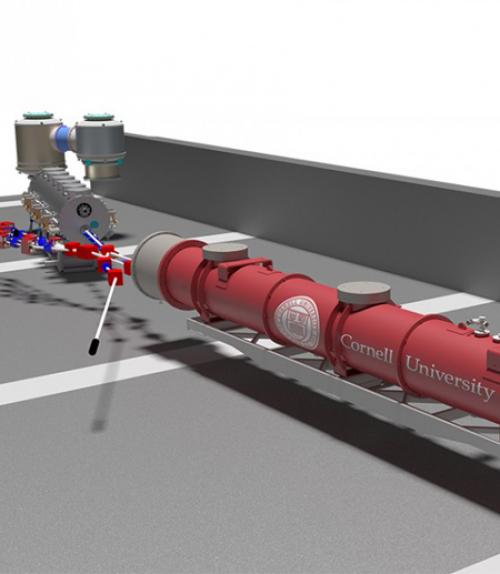 Accelerator project gets push from National Academy of Sciences 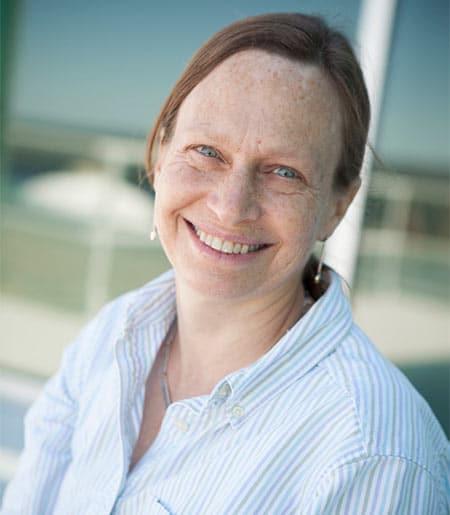 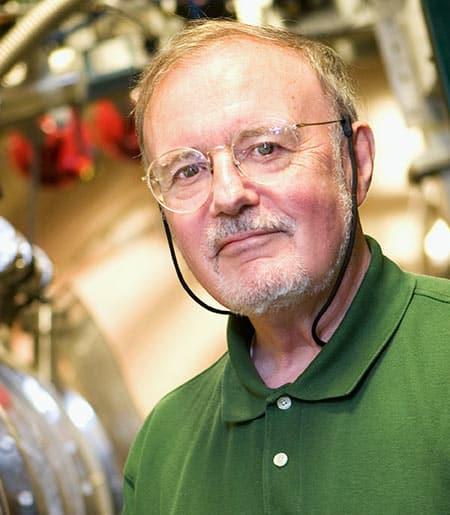 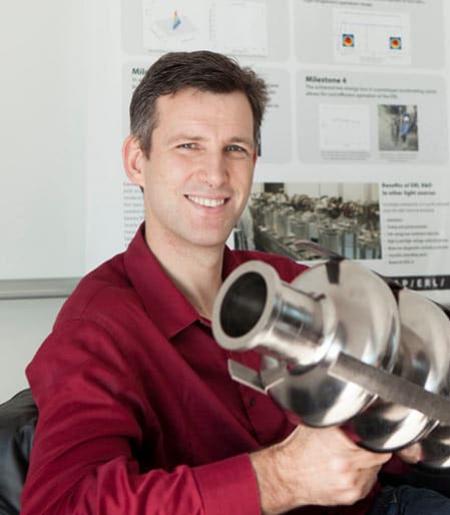