More than a hundred people gathered virtually at the end of April for the 2021 annual conference on the CCAT-prime project, which is building the Fred Young Submillimeter Telescope (FYST) in Chile. Despite pandemic challenges, telescope planning, development and construction continues, with “first light” now scheduled for 2023.

FYST, a powerful, 6-meter-diameter telescope currently being assembled in Germany by Vertex Antennentechnik GmbH, will be installed at an elevation of 18,400 feet just below the summit of Cerro Chajnantor in Chile’s Atacama Desert. 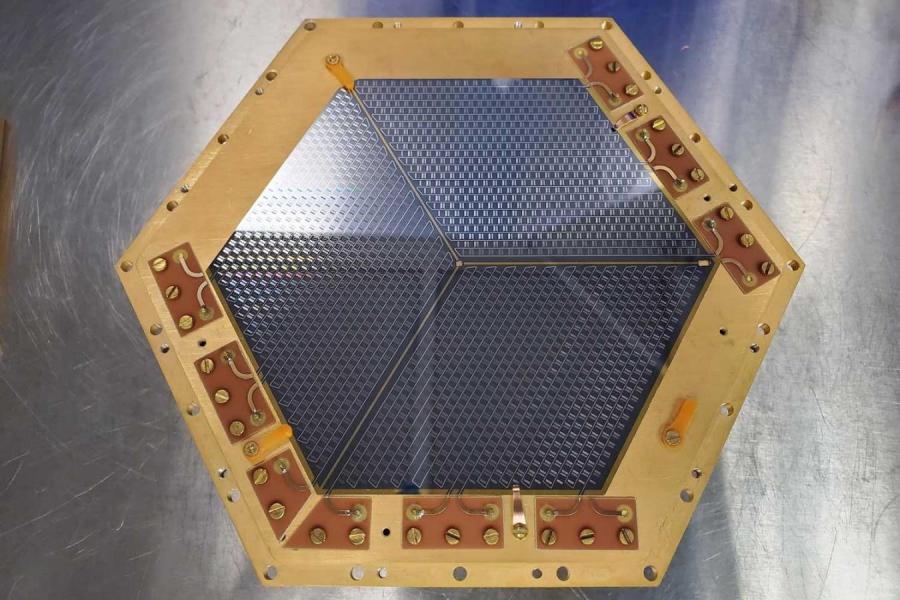 “It was a terrific gathering: a large group of the usual partners and more than 50 others at the meeting,” said Gordon Stacey, lead project scientist and professor of astronomy (A&S). “We brought together instrument and science people and made a plan for how to implement the science-using instrumentation. The previous science meeting started with two to three science goals; this time, we came out with eight.”

The 55-page document outlining the science plan will be finalized soon and submitted for publication, said Stacey.

Conference organizer Terry Herter, CCAT-prime project director and professor of astronomy, noted in his introductory remarks that the FYST site has now been completely leveled and the hole dug for the telescope foundation.

Herter also noted that an agreement has been completed with the Atacama Large Millimeter Array (ALMA) project to locate FYST’s service area on the ALMA preserve, which is at the base of Cerro Chajnantor. This service area will contain the generators for powering the observatory so fuel won’t need to be hauled up the mountain to the FYST site.

Negotiations are also under way for Chilean participation as a partner, as the host country, according to Herter. The Chileans already have a representative on the CCAT board and participated in the science meeting.

Two primary instruments are being constructed by the CCAT-prime collaboration for dedicated use on the the FYST. The Prime-Cam instrument, will contain up to seven broad-band and spectroscopic imaging instrument modules that cover frequencies ranging from 200 to 900 GHz.  Each module will have between 3000 and 10000 spatial pixels and have a field-of-view of 1.3 degrees. Work on the precursor receiver for Prime-Cam -- Mod-Cam, which can support one instrument module at a time -- was presented by a Cornell graduate student and postdoctoral researchers. Michael Niemack, CCAT-prime instrument scientist and associate professor of physics and astronomy in the College of Arts & Sciences, is coordinating the development of these instruments.

The other first light instrument, the CCAT Heterodyne Array Instrument (CHAI), will resolve spectral lines from galactic star formation regions and be able to watch the gas flow into protostellar environments, and, if researchers are lucky, watch stars form. Among other constituents, CHAI will be able to detect atomic carbon and carbon monoxide and resolve motions to better than 0.05 km/s. This instrument will be operated by CCAT-prime partners in Germany; Jürgen Stutzki, University of Cologne, is the project lead.

“Great progress was presented at the April meeting on the first light instruments for FYST, which are on track to be deployed when the telescope is completed,” said Niemack. “Both the Mod-Cam receiver module and the first light detector array for Prime-cam have been delivered to Cornell and are currently being tested in our laboratories.”

Presentations at the conference spanned both science and instrumentation and were made by all the partners in the international CCAT consortium, including Cornell project leads; the German consortium of the University of Cologne, the University of Bonn and the Max Planck Institute for Astrophysics; and the Canadian Atacama Telescope Consortium, a partnership of Canadian academic institutions led by the University of Waterloo.

Next on the project agenda is getting deep into the logistics of making the science plan work, according to Stacey. “Different science looks at different parts of the sky and uses different parts of the instrumentation; there are also very different scales of survey,” said Stacey. “We need to figure out how many hours for which project and how and when to move the telescope for each, as well as a sidereal time plan (time by the stars).”