The first mention of the word “coronavirus” in a Cornell Chronicle story in 2020 came on Jan. 29, when the university designated mainland China as an elevated-risk destination, and imposed travel restrictions on students, faculty and staff.

Since then, there have been more than 300 stories or university statements that mention COVID-19 posted on news.cornell.edu. It has been the story of the year.

The most-read Chronicle story of the year was a Weill Cornell Medicine-produced research FAQ from April 20, “Why is COVID-19 mild for some, deadly for others?” Given the fact that so much remains unknown about this mysterious virus, it’s no surprise that more than 60,000 readers – and counting – clicked on this story.

Four of the top five most-read articles on this site this year were related to COVID-19. Other top stories included the announcement of plans to reactivate the campus; maps that showed virus vulnerability by New York county; and the announcement of the launch of the testing dashboard and alert system.

The only non-virus story in the top five? Announcement of the death Sept. 18 of Supreme Court Justice Ruth Bader Ginsburg ’54, which came in at No. 2 with more than 36,000 clicks.

Research continued on campus, despite challenges brought on by COVID-19 restrictions. On Feb. 27, the university announced plans to launch a School of Public Policy, as well as “superdepartments” that will draw faculty from multiple colleges or schools in the disciplines of economics, psychology and sociology. And on Dec. 17, Cornell announced plans for the Cornell Ann S. Bowers College of Computing and Information Science, established by a transformative nine-figure gift from Ann S. Bowers ’59.

True to its founding principle of “any person … any study,” Cornell made anti-racism a top priority in 2020, with President Martha E. Pollack in July outlining several new initiatives promoting racial justice, including the creation and implementation of a for-credit, educational requirement on racism, bias and equity for all Cornell students.

And over the course of the year, Cornell lost several beloved members of its vast community of administrators, professors and alumni – including the aforementioned Ginsburg, as well as beloved former university president and renowned paleontologist Frank H.T. Rhodes.

Here are some notable stories from the past 12 months:

The novel coronavirus touched every aspect of life at Cornell, beginning on March 13, when Pollack announced in a statement that classes were suspended and would resume online April 6, following spring break.

The “new normal” had begun.

As hospitals across the country tried to manage a surge in COVID-19 patients while also facing a global shortage of the protective gear needed to treat them, the Cornell community banded together to donate crucial medical supplies to local health care providers. Departments and units from almost every college answered the call. The College of Veterinary Medicine alone donated 900 N95 respirators to Cayuga Medical Center (CMC); a surgical mask-sewing effort in Bartels Hall produced more than 100,000 cloth masks for the hospital.

Weill Cornell Medicine (WCM), of course, lent its considerable expertise to the fight, including sending the 109 members of its Class of 2020 directly into the fray. WCM gave its fourth-year students the option of graduating early, in April, and more than half opted in.

Cornell exhibited leadership in other ways, too. On April 8, a pair of Cornell Campus-to-Campus buses rolled out of Ithaca carrying more than 60 doctors, nurses and other health care professionals from CMC to assist medical personnel in New York City, then the U.S. epicenter of the pandemic.

In Ithaca, the university launched its public health campaign on Aug. 6. Through social media feeds, inboxes, signs blanketing campus and nudges from fellow Cornellians, the campaign reinforced the need for students, faculty and staff to adhere to the three W’s: Wear your mask, watch your distance and wash your hands. ABC’s “Good Morning America” featured Cornell’s public health success on Sept. 22.

While maintaining safe health practices, Cornell continued its core missions: education and research. Adapting to the reality of life during a pandemic, faculty, staff and students responded with imagination and ingenuity. On April 6 – the first day of virtual instruction after a three-week pause – Cornell instructors led 6,600 Zoom meetings with a total of 89,000 participants. “This is an amazing number of instructors and students engaged in online learning, many of them completely new to this mode of teaching and learning,” said Julia Thom-Levy, vice provost for academic innovation.

Lab instructors had to be creative in rethinking how they taught hands-on, collaborative and experiential courses. For the class Mushrooms, Molds and More, students discovered fungi in their surroundings and shared photos of them via Instagram, and used online resources to identify mushrooms.

On May 14, after six weeks of remote learning, the Cornell Chronicle told six stories of innovation and intellectual growth from the thousands of classes – lectures and seminars, laboratory and performance courses, capstone projects and veterinary clinics – that had transitioned entirely online.

At the start of the summer, Pollack announced plans to reactivate the Ithaca campus for the fall semester, which included a rigorous testing program for more than 25,000 students, faculty and staff. In addressing the Employee Assembly a couple of weeks later, she laid it out in plain language: Follow established public health guidelines. “We are working to build this culture of challenging one another and holding one another to a high standard of mutual responsibility,” Pollack said.

The Cornell COVID-19 Testing Laboratory (CCTL), based in the College of Veterinary Medicine, played a huge role in making Cornell an example of how to reactivate a college campus. The pooled-testing approach yields results within 24 hours for 5,000 to 7,000 Cornell students, staff and faculty per day.

Thanks to its massive testing effort, the university – along with Cayuga Health System – was able to donate $160,000 worth of testing capacity to the Ithaca City School District, helping the district reopen for in-person learning Oct. 5.

As a successful fall semester went on, committed leaders, expert faculty, trained staff and student hires worked tirelessly behind the scenes to create a winning strategy for keeping the community safe. Through aggressive testing and contact tracing, the number of positive test results was below even the most hopeful early estimates. Statistics can be seen on the campus COVID-19 tracking dashboard.

Discovery is at the heart of Cornell’s mission of “knowledge with a public purpose.” This year, research into the novel coronavirus was a priority on the Ithaca campus and at Weill Cornell Medicine, but robotics, artificial intelligence and space exploration were among the many other areas of study.

• An interdisciplinary Cornell research team reported in January that as little as 10 minutes in a natural setting can help college students feel happier and lessen the effects of both physical and mental stress. “It doesn’t take much time for the positive benefits to kick in – we’re talking 10 minutes outside in a space with nature,” said lead author Gen Meredith, associate director of the Master of Public Health Program and lecturer at the College of Veterinary Medicine. The story attracted more than 34,000 views, making it one of the most-read Chronicle stories of the year.

• Just when you thought robots couldn’t get any cooler, Cornell researchers – led by Rob Shepherd, associate professor of mechanical and aerospace engineering – created a soft robot muscle that actually “sweats” to regulate its temperature. This form of thermal management is a basic building block for enabling untethered, high-powered robots to operate for long periods of time without overheating.

• Of course, Cornell researchers invested plenty of time investigating SARS-CoV-2, the virus that causes COVID-19. A Cornell study of the virus’s structure, led by Gary Whittaker, professor of virology in the College of Veterinary Medicine, revealed a unique feature – a structural loop in the spike protein, the area of the virus that facilitates entry into a cell – that could help explain why it is so transmissible between people.

• Artificial intelligence touches innumerable aspects of life, and Cornell research helped inform a new AI system that allows shoppers on Facebook to identify characteristics of items in uploaded photographs. Announced May 19 by CEO Mark Zuckerberg via Facebook Live, the product-recognition system can identify attributes across billions of photographs in dozens of categories. The “click photo and search” technology was first developed in 2015 by Kavita Bala, professor and dean of computing and information science, and then-doctoral student Sean Bell, M.S. ’15, Ph.D. ’16, who’s now a research scientist at Facebook.

• While Ithaca is home, the work of some Cornellians is out of this world: Alex Hayes ’03, M.Eng. ’03, associate professor of astronomy in the College of Arts and Sciences, is a co-investigator on Mastcam-Z, the NASA Perseverance rover’s zoomable mast-mounted camera system, launched July 30. Cornell researchers were among the hundreds of scientists and engineers who prepared instruments for the Perseverance rover (about the size of a small car) and its accompanying helicopter Ingenuity, which took off aboard the Atlas V-541 rocket. The rover is expected to land on Mars in mid-February 2021.

• In March the Cornell Lab of Ornithology’s eBird program, the largest biodiversity citizen science project in the world, released 500 animated maps spanning the entire Western Hemisphere. The maps show in fine detail where hundreds of species of migratory birds travel, and how their numbers vary with habitat, geography and time of year. “We not only have an idea of where to find a bird, but where that bird is most abundant as well,” said Steve Kelling, co-director of Center for Avian Population Studies at the Cornell Lab. “The detail and information in the animations is breathtaking.”

The Chronicle’s In Memory page lists two dozen notable current and former professors, and prominent alumni, who left us is 2020. Among them:

Ruth Bader Ginsburg ’54, called by The New York Times “the Supreme Court’s feminist icon,” died Sept. 18 in Washington, D.C., of metastatic pancreatic cancer. She was 87. The second woman appointed to the Supreme Court, Ginsburg – a government major in the College of Arts and Sciences at Cornell – was a pioneering advocate for women’s rights, helping to bring about a revolution in the legal status of women during her career as a litigator and strategist.

She earned a rock-star following with younger generations late in her life and became known as “Notorious R.B.G.”

Noted for her precisely worded decisions and dissenting opinions, Ginsburg acknowledged the influence of Vladimir Nabokov, Cornell professor of European literature, on her own writing. “He was a man in love with the sound of words,” she once said, as he taught her the importance of choosing the correct words and the most effective word order.

During Rhodes’ tenure as president from 1977-95 – only Jacob Gould Schurman (1892-1920) and founding president Andrew Dickson White (1865-85) served longer – Cornell saw significant growth in research and academic programs that continue to shape the university. Cornell more than tripled research funding, to more than $300 million; established major initiatives in areas from astronomy to Asian studies; completed a $1.5 billion capital campaign; increased diversity among students and faculty; and strengthened the university’s international presence.

When Rhodes retired, he had become a formidable national advocate for education and research, influencing the development of national science policy during the administrations of four U.S. presidents. 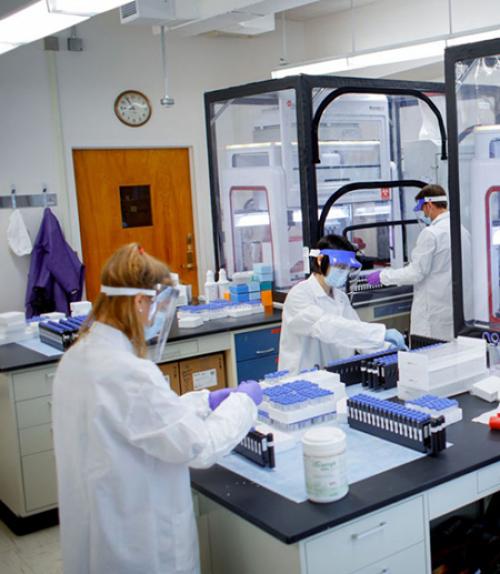 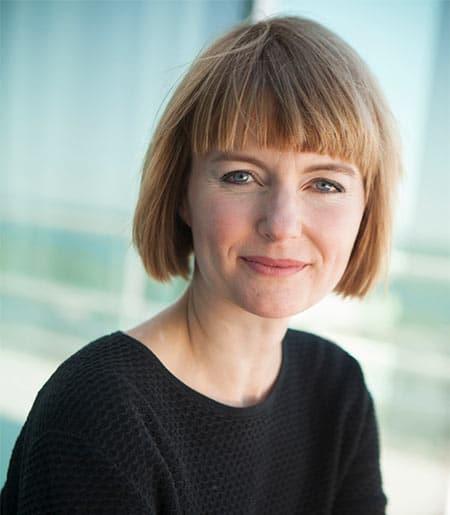