The Vengalattore group has established Cornell’s first experimental program in ultracold atomic physics. In their laboratories, a maze of complex laser systems are used to cool atoms to a virtual standstill - down to frigid temperatures around 100 nanoKelvin. The Vengalattore group performs experiments on these ultracold quantum gases to shed light on various forms of correlated quantum matter, the nature of phase transitions and the physics of quantum measurement. In addition, they aim to harness the power of ultracold atomic gases to develop novel platforms for quantum sensors and information technologies.

In the basement of Clark Hall, a team of researchers have developed experimental systems of stunning complexity and precision to create and study the coldest matter in the Universe. In their laboratories, at the click of a mouse button, a conglomeration of powerful lasers, precision electronic control systems and electromagnetic fields synchronize every few seconds to create a tiny globule of ultra-cold quantum matter. These unique systems, developed by the Vengalattore group, are actively engaged in a diverse set of  research topics on quantum manybody physics, nonequilibrium quantum dynamics and quantum sensor technologies.

QUANTUM MEASUREMENT AND THE ZENO EFFECT 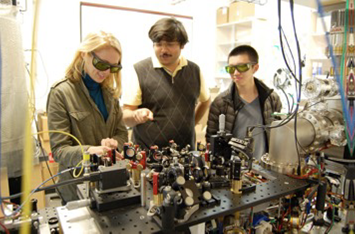 Graduate students Airlia Shaﬀer, Yogesh Patil and Harry Cheung work in the ultracold labs of Prof. Vengalattore. Their recent experiment on the Quantum Zeno eﬀect has drawn comparisons to the ‘weeping angels’ in the popular sci-ﬁ television series “Dr. Who”.

Correlated quantum matter and the physics of quantum measurement

One of the most tantalizing aspects of ultra-cold atomic physics is the range of powerful experimental techniques that can be used to tune and control their quantum properties. Due to this tunability, ultracold gases can be used to simulate and study the behavior of an impressive range of physical systems - ranging from strongly interacting quantum matter like the quark-gluon plasma and the interior of neutron stars, to novel forms of quantum magnetism and correlated electronic materials, to the physics of inflationary cosmology. Over the past decade, several groups worldwide have engaged in intense efforts to use ultracold atomic gases as ‘quantum simulators’ of correlated quantum matter. Among the unique aspects of the Vengalattore group’s efforts in this research frontier is their development of novel cooling, nondestructive imaging and control techniques for ultracold atoms. In 2014, Vengalattore and his team pioneered the use of Raman sideband cooling as an in situ technique to image cold atoms - an important technique which has today found widespread use in the atomic physics community across the globe, enabling the imaging of ultracold atoms at single-atom resolution. Building upon this innovation, the Vengalattore group has used this imaging technique to control the quantum behavior of their ultra-cold gases. Such ‘measurement-based control’ techniques rely upon one of the most puzzling and least understood predictions of quantum science, i.e. that the very act of measurement can affect the properties of a quantum system. In most cases, quantum systems are so fragile that a measurement imparts a large amount of energy to the atoms, thereby causing them to behave in a classical manner. In contrast, the imaging techniques developed by the Vengalattore group circumvent this heating, allowing them to observe quantum dynamics while causing a minimal disruption to the quantum gas.

Using this novel measurement technique, the Vengalattore group has recently demonstrated the Quantum Zeno effect, the prediction that a quantum system can be ‘frozen’ by repeated observation. In addition, they were able to demonstrate, for the first time, the gradual emergence of classical behavior in a quantum system due to the act of continuous measurements, a phenomenon called ‘emergent classicality’. Building upon these demonstrations, the team is now using such measurement-based quantum control techniques to impart novel forms of correlated quantum behavior on their ultracold atomic gases. 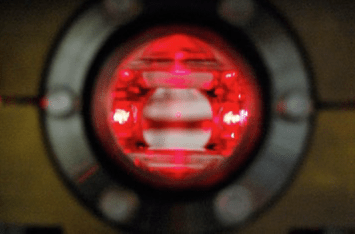 Quantum degenerate gases of Rubidium and Lithium simultaneously exhibit superﬂuidity and magnetism. The Vengalattore group uses such degenerate gases to study the quantum phases of magnetic superﬂuids and the fundamental laws governing the nonequilibrium properties of isolated quantum matter.

The Vengalattore group is also at the frontier of efforts to interface ultracold atoms to micro- and nanomechanical (MEMS) resonators. Such ‘hybrid quantum systems’ can potentially pave the way towards technological applications of ultracold atomic gases for quantum sensing and information processing technologies. While ultracold atomic gases are exquisitely sensitive and tunable quantum systems, it is this very sensitivity that also makes these gases incredibly fragile. Indeed, much of the elaborate and complex control systems and infrastructure in the Vengalattore labs have been put in place to shield the atoms from the environment. How then, can something so precise and fragile be put to technological use? On the other hand, in diametric contrast to ultracold atomic gases, nanomechanical resonators are very robust and scalable devices, albeit far from quantum regimes of sensitivity and precision. By innovating novel ways to interface these two disparate systems, one deep in the quantum regime and the other operating in the classical regime, the Vengalattore group has shown that one can indeed get the best of both worlds - a hybrid quantum system that has the incredible sensitivity of a quantum system and the robust and scalable properties of a microfabricated nanomechanical device. They are currently collaborating with several groups worldwide to harness such systems for magnetic microsensing and surface studies of a range of correlated electronic materials. As an added bonus, they have also realized that these hybrid systems are capable of exhibiting novel forms of quantum behavior and phase transitions that are seen neither in the classical nor in the quantum regime. ‘When we started on this effort, we were very focused on inventing new tools for precision measurement that harnessed the power of quantum mechanics - tools that would allow us to study interesting quantum systems with a precision beyond what has been previously achieved. As productive as this effort has been, at some point we also realized the systems we’ve developed are fascinating in their own regard - capable of exhibiting new forms of behavior that can neither be described purely in quantum or classical terms. This has initiated an entirely new line of research for us.’ says Vengalattore. 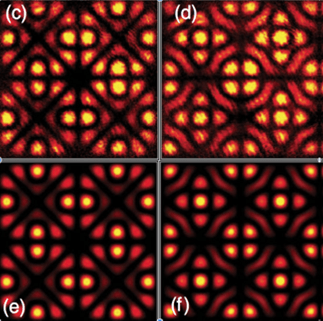 The Vengalattore group’s eﬀort on hybrid quantum systems harnesses optomechanical resonators in a variety of physical platforms including ultracoherent Silicon nitride membranes, graphene and microtoroids. Their recent work has demonstrated that ultracold atomic gases can be used for the quantum state preparation, control and manipulation of such optomechanical systems.

Building upon their unique infrastructure, the Vengalattore group is engaged in several ongoing studies on a diverse set of questions of both fundamental and technological impact - ranging from the nature of magnetic quantum fluids to novel kinds of phase transitions and quantum critical behavior in open quantum systems to the development of new ultrasensitive tools for materials studies. Graduate student Yogesh Patil said, ‘Traditional condensed matter research groups are usually constrained by the specific instrumentation or set of materials they can study. Instead, if you look at the incredible diversity of one-of-a-kind experimental systems we’ve developed, and the breadth of questions we are tackling, you realize we have a very different approach to physics. We identify a broad set of fundamental questions and we then develop the infrastructure, experimental systems and theoretical techniques to address those questions, learning as we go along. In that sense, we are only limited by our imagination.’

If you are a graduate student interested in participating in Prof. Vengalattore’s research program, you may contact him at

Students reflect on Marsalis visit: ‘He really touched my soul’