Cornell set in place several keystones of contemporary condensed-matter physics. The renormalization-group approach to critical phenomena, the theoretical description of exotic ordered phases (inspired by the discovery of superfluid helium-3), and the defining textbook of our field (Ashcroft & Mermin), were all developed at Cornell. These keystones now serve as foundations for new and exciting areas of research at Cornell.

The renormalization group approach is now being applied to and developed for many new systems. Among classical systems, the onset of chaos in low-dimensional systems and spatially extended dynamical systems as well as hysteresis loops in magnets and crumpled paper are such examples. The renormalization group approach is serving as a key tool for studying quantum phase transitions in strongly interacting systems such as high Tc superconductors as well.

The theoretical study of exotic phases is taken to new horizons at Cornell. Ordering induced by disorder is being investigated through models of frustrated magnets that include effects of thermal fluctuations, quantum fluctuations and vacancies. Quasicrystals- exotic phases with pentagonal or icosahedral order coexisting with long-range, but non-periodic translational order are subjects of active research. Novel approaches and techniques such as large N methods are being applied to new “spin-liquid materials. Topological phases such as fractional quantum Hall states and topological insulators are studied in close connection with rapid experimental developments.

Strange and beautiful emergent properties of quantum matter are studied through concepts of order parameters, symmetry breaking and topological defects that originated from the theory of superfluid helium-3. Cornell has played a central role in the theory of defects in liquid crystals; it is now actively developing the theory of ”electronic” liquid crystals and their connection to high Tc superconductivity. Ultra cold atomic gases are new forms of such quantum matter. Under active study at Cornell are both classic phenomena including topological defects and fundamental new issues such as thermalization mechanisms.  Effects of quantum mechanics and interactions amplified by spatial confinement in mesoscopic and nano-scale systems are studied through close collaboration with Cornell experimental groups.

Computational condensed-matter physics is a growing area within the theory group. The development of elegant software design and algorithms are all emphasized. Examples include wavelets in electronic structure, design patterns in multiscale modeling environments and iterative constraint-based methods for image reconstruction. Graduate students can use such elegant computational methods to study everything from magnetic grain boundaries through simulating fracture and crackling noise, to extracting the three-dimensional structures of proteins. 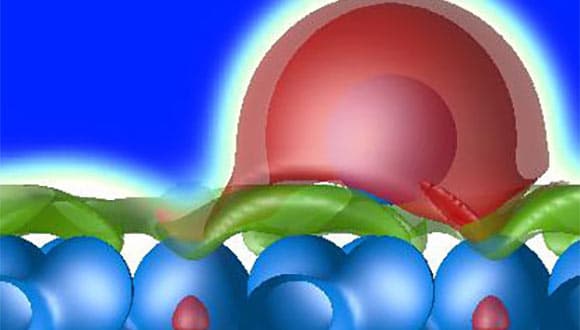