Cornell’s particle physicists are involved with the Large Hadron Collider (LHC) at CERN, the International Linear Collider and the Cornell Electron Storage Ring (CESR). The LHC, with first collisions in 2008, is the first collider to explore the TeV energy scale, where the Standard Model of particle physics breaks and new phenomena are expected to appear. Cornell is a member of CMS, one of two detector collaborations for elementary particle physics at the LHC. (CMS stands for the Compact Muon Solenoid detector – but it’s compact only if you think a six-story detector is small.) Research topics include mechanisms for electroweak symmetry breaking, including the Higgs mechanism and alternatives, scenarios for physics beyond the Standard Model such as supersymmetry, extra dimensions and new strong interactions, top quark physics, and dark matter.  Cornellians are designing online software for the pixel detector, developing strategies for identifying electrons in the electromagnetic calorimeter, writing analysis software capable of handling petabytes of data distributed world-wide, and ensuring that the trigger will successfully pluck new physics out of the huge background of conventional processes. In the next few years, they will also start developing hardware upgrades of the pixels and the trigger.

Cornell experimentalists are also laying the groundwork for the future International Linear Collider or ILC. Taking advantage of the precision available to electron colliders, the ILC will zero in on the phenomena discovered at the LHC, ruling out some possible explanations, and bolstering others.  If dark matter candidates are there, it will determine their properties, and it will shed light on the unification of forces. Cornell physicists are developing detectors for the ILC, and are studying its physics reach.

The Cornell high-energy group also participates in the CLEO collaboration, a 120-person operation based at the CESR storage ring. While data collection concluded in April 2008, CLEO physicists continue to analyze a copious and pristine sample of charm quarks in order to answer important questions about weak and strong interactions.

There is a close coupling between the interests of the particle experimentalists and Cornell’s particle theory group for many aspects of the experimental program. This can lead to lively interactions, discussion and collaboration at all levels: faculty, post-docs and graduate students. 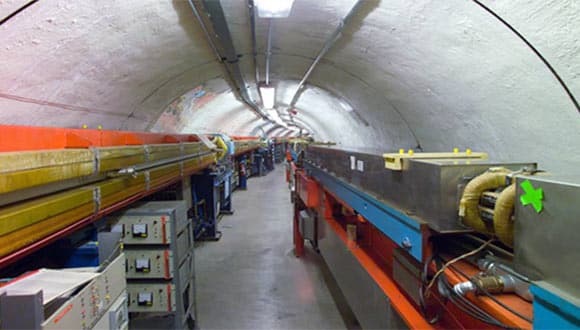