Cornell accelerator physicists pursue a broad range of topics in accelerator science and technology, from the operation of the on-campus Cornell Electron Storage Ring, also known as CESR, to the construction of an innovative new x-ray lightsource and the design and construction of future high energy colliders.

In operation for over 25 years, CESR has been a world class collider for particle physics and is now used as a test accelerator for components of the planned 30km long International Linear Collider. The site of numerous innovations in accelerator technology, its presence on-campus provides a unique opportunity for students to “drive” an accelerator, test their ideas and learn about nonlinear beam dynamics.

CESR is just one step in the long line of Cornell particle accelerators that have made Cornell a historically rich, technologically advanced, and internationally acclaimed laboratory for accelerator physics. The accelerator group is now developing an entirely new type of superconducting linear accelerator. This machine, known as an ERL (for Energy Recovery Linear accelerator), features x-ray beam brightness orders of magnitude higher than what is obtained with synchrotron sources and can produce femtosecond x-ray pulses with unprecedented average intensities. Cornell physicists expect to build the full 1.3 km ERL at Cornell at the end of this decade. A prototype that is being commissioned, tests critical components and offers opportunities for pioneering research in the physics and technology of beams.

Cornell’s accelerator group is deeply involved in the design of the International Linear Collider (ILC), a TeV-scale electron-positron linear collider, proposed for construction and operation in the next decade. Cornell is contributing to the ILC damping rings, tracking simulations, construction of superconducting RF cavities and accelerator operation. In fact, Cornell has been operating CESR as an ILC damping ring test facility since early 2008.

Cornell University is known world-wide for training accelerator physicists with one of the largest graduate programs in accelerator physics in the US. Graduate students are actively and crucially involved in each and every one of the existing and proposed accelerator projects being pursued at Cornell. Additionally, CESR provides students with an unrivaled opportunity to control and work directly with an operational high-energy accelerator. Students benefit from the talent and experience of six accelerator physics faculty members and more than twenty research associates. Graduates of the program hold a variety of positions in science, business and government. In addition, Cornell graduates hold leadership positions at Cornell, as well as most of the other leading accelerator laboratories in the nation and abroad, including Argonne, Fermilab, DESY, SLAC, LBL, BNL and SNS. 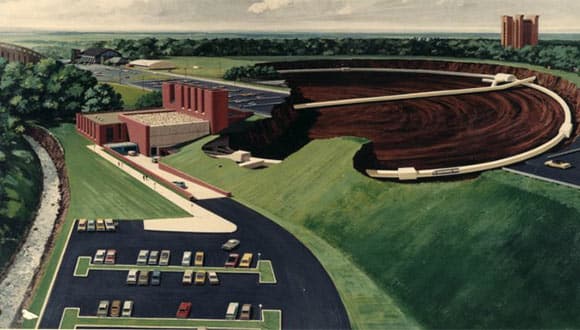